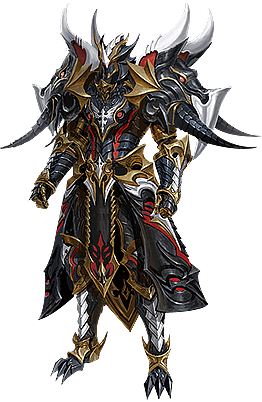 The Bagi race have always sought physical power and mastery of war above all other pursuits. And it was their devotion to violence which allowed Karon’s influence to take root within their collective spirit. To the Bagi, their spirits are a small price to pay for the power of Karon, and Bagi warriors now devote their training to the focus and mastery of the terrifying martial abilities that their corruption grants them. Known as Karon’s Spirit, this influence consumes those who are unable to resist it, resulting in madness, death, or worse. The warriors who endure have access to a near-limitless well of power, which the Bagi martial art can channel into exceptional offensive and defensive combat potential. This art involves striking with every part of the body, but Bagi warriors wear heavy gauntlets to add even more heft to their ferocious strikes.

Physical Offense: Exceptional physical damage to multiple enemies.
Magical Offense: Can add some extra fire, lightning, or ice damage to all physical attacks, but limited to one element at a time.
Defense: Endure high amounts of damage, and even absorb attacks directed against allies.
Support: Only a few minor debuffs and the ability to take damage directed at allies.